Emojis for Facebook Ads: Pros and Cons, Dos and Don’ts

Like them or hate them, emojis have definitely become a big part of the online lingo. A 2015 study by Emogi, the emotional marketing platform, found that up to 92% of online consumers use emojis on a daily basis. That’s quite the number, isn’t it?

As with anything that goes viral or gets some attention, emojis can be used by digital marketers to get more sales and gather more leads. That said, emojis aren’t for every business, which is why you might yourself wondering if you should start using emojis for Meta (Facebook) ads and whether that would be efficient.

So, should you use emojis for Facebook Ads? Keep reading to find out.

An emoji is worth a thousand words

Since there are thousands of emojis to choose from, it’s easy to convey the right emotions to your audience with little to no threat of them misinterpreting the intended message. Furthermore, emojis don’t take too much space. In other words, they can be used within your Facebook ad copy without eating up the character count.

Emojis are widely accepted and used

Because emojis are fun, they have been widely accepted by Internet users. A survey conducted by Harris Poll found that 36% of millennials aged 18 to 34 prefer using emojis and GIFs rather than English to communicate and show emotions. Such a massive chunk of the online community mustn’t just be ignored.

Adding emojis for Facebook Ads can make your promotional content look more friendly and non-commercial. As you know, the more fun your post looks, the higher the chances of people interacting with it.

Here’s an ad that looks more user-friendly because it uses emojis:

Using emojis strategically within your ads can make your brand look more human. After all, as mentioned, they’re friendly, relatable and fun. That’s why they can camouflage your ads within your consumers’ newsfeed, making them look like normal posts rather than sponsored ads.

In recent years, you’ve probably noticed service-based brands switching from CTAs like “Sign Up” and “Shop Now” to “Learn More” or “Get a Quote.” Well, that’s what indirect response advertising is all about. Because the purchase isn’t direct and the CTA doesn’t need immediate action, it’s called indirect response advertising. The reasoning behind that is simple. Compared to physical products, services are hard to promote through pictures, not to mention that the consumer has to commit to a service rather than make a simple one-time purchase. Without knowing all the facts, it’s hard for a consumer to commit to a service.

How do emojis tie into all of that, you ask?

Well, by using emojis, you can turn an otherwise boring Facebook ad for a service your company is offering into a killer ad that can garner the attention of anyone by humanising the whole thing.

Emojis are a universal language among Internet users. They can be understood by anyone regardless of their culture or language. That gives you the chance to serve ads to people who don’t understand your language clearly or are from different locations or demographics.

The disadvantages of emojis have less to do with the emojis themselves and more with how to use them. If you use emojis excessively, your ads will be less readable and look more spammy. That’s why you should use them with caution, sparingly and strategically.

Furthermore, as mentioned above, a brand with a serious tone rather than a quirky one shouldn’t include emojis in its ads, as that would make it look unprofessional.

Here’s how to go about adding emojis to Facebook Ads:

Here’s a pro tip: if you find that a specific set of emojis works well for your Facebook ads, copy all of them into a document or notepad for quick access. That way, you won’t have to fire up Emojipedia every time you need them.

Make sure emojis make sense for your brand

Before you start using emojis for Facebook Ads, make sure they match the voice and tone of your brand. Furthermore, consider the audience you’re targeting and the niche you’re within.

Sure, such cure little smileys can do wonders for eCommerce sites and advertising agencies, but they wouldn’t really work for a more serious business, like a law firm, a medical clinic or a funeral home.

Even if emojis make sense for your brand, it doesn’t mean that they should be used for every product ad.

Meet Blume is a brand that does this by using emojis only where it makes sense:

Use the right emojis

Some emojis, like the aubergine or eggplant one, have popular hidden meanings. That’s why you should always make sure that the emojis you use for Facebook Ads don’t have a hidden message that you aren’t aware of to avoid any slip-ups.

Furthermore, using an emoji that conveys the wrong tone or connotation can cause a lot of damage. That’s why you need to test different emojis against your niche, brand and products before picking emojis for Facebook ads.

Even if using emojis does make sense for your brand and products, you shouldn’t just go into a frenzy and spend all your budget on Facebook ads that feature emojis.

Before you throw your entire budget at your Facebook ads, make sure to A/B test them with and without emojis. You should also test emojis for different segments. After all, what works for a specific age group, for example, might not work for another.

Emojis are mainly used to convey specific messages and emotions, so you shouldn’t just go emoji crazy and plaster your ads with too many emojis. Should you do that, your message would get distorted, and your Facebook ads would seem spammy. Not to mention that your entire brand would be perceived as unprofessional.

Integrating emojis into your Facebook ads can be challenging, but it can yield great results. If you want to do it safely, get in touch with us today. Our experts will take care of everything you might need related to digital advertising.

As a general rule of thumb, you should stick with emojis that convey positive emotions, such as smiling, laughing and sunglasses emojis. You shouldn’t just do that blindly, of course, as you should also factor in your brand identity and pick emojis that go with it. You can even look for the perfect emoji that aligns perfectly with your message and use it consistently. As for negative emojis, those should be used with extreme caution. Use them on specific occasions where they can help the brand or cause you’re trying to promote.

There are many websites that you can use to find emojis for your brand on Facebook. Emojipedia or Gatemoji have most of them organised and ready to go. Simply go to the emoji’s page, copy it, and then you can post it anywhere you want.

Google doesn’t officially allow using emojis in Google ads. If you try adding emojis when creating a Google ad, you’ll most likely get rejected because of “punctuation errors.” WordStream has reported that Google has actually accepted some ads featuring emojis, but it’s more of a hit or miss, and it may result in the termination of your ad account if you try repeatedly. 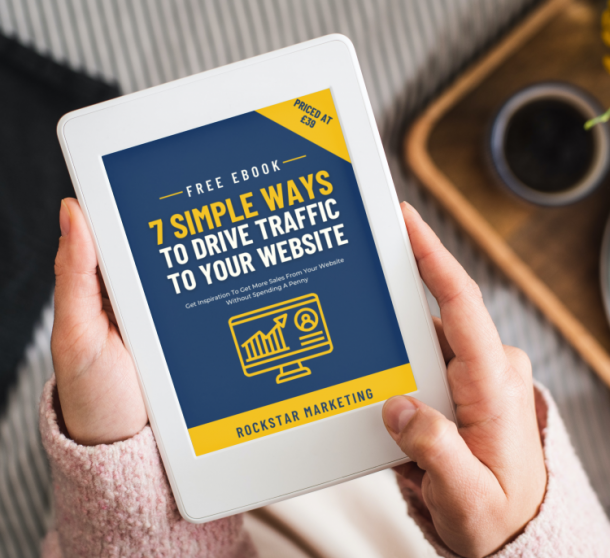 Do you want a steady flow of new leads and sales?

This new 25-page playbook reveals the 7 strategies we use in 2022 (works across all niches and industries).

Your playbook will be sent shortly via email. If you don't see it, check your spam!