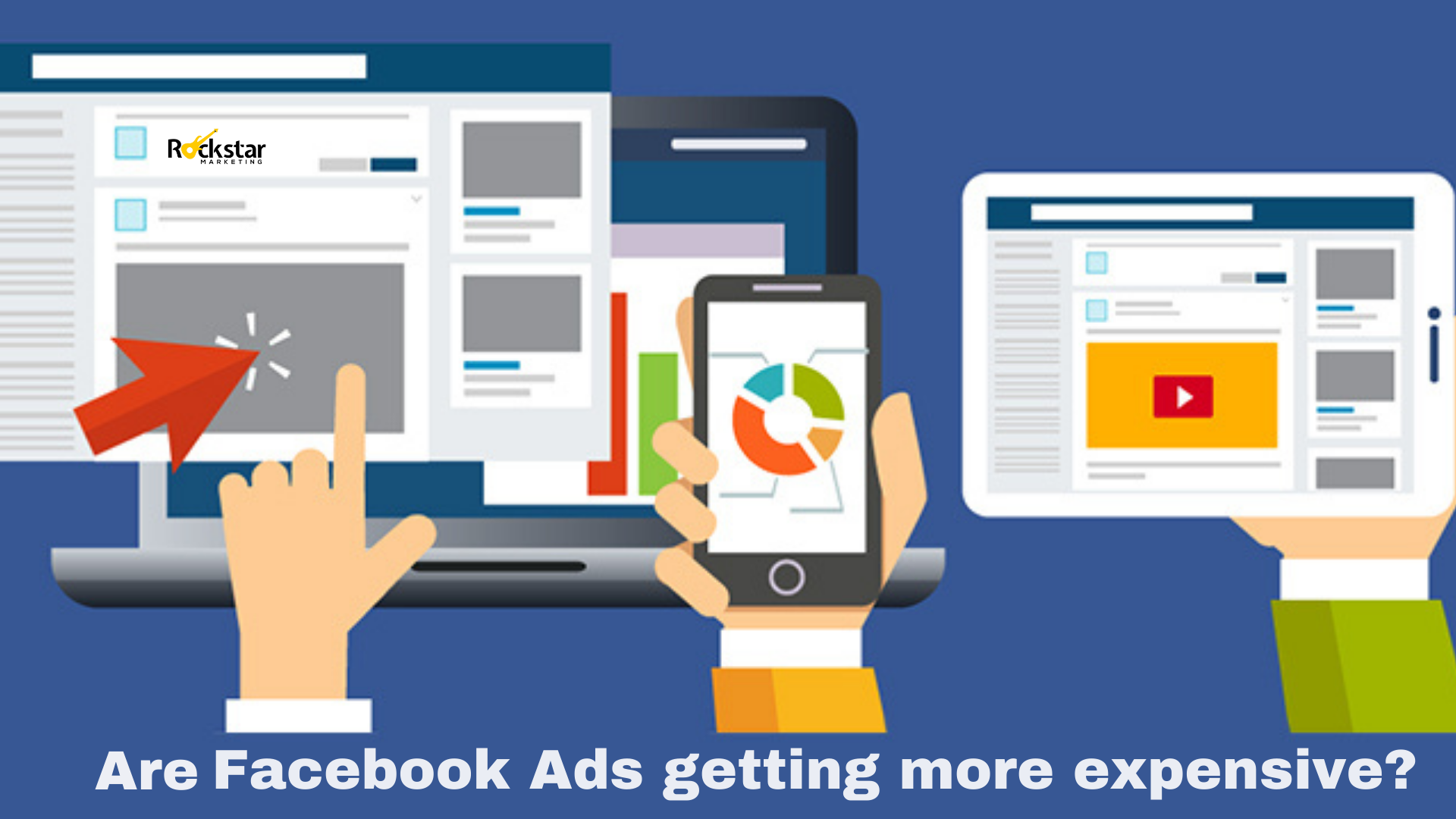 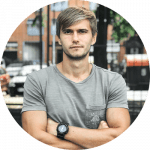 Many of our old PPC clients now ask us, ‘are facebook ads getting more expensive?’ To be fair, that’s a legitimate question. Compare Facebook advertising costs from 2016 to 2022 and you’re likely to see a steep hike.

The question is, are the good old days over? Is it really possible to turn over a profit with Facebook ads?

Before you get too worried, let’s put this rise in Facebook ad costs into perspective. We’ll also take a look at the factors that are influencing the cost of your social media advertising. Our aim is to inform advertisers on how best to approach their advertising strategy for Facebook, Google and LinkedIn. Keep reading on…

Before we get ahead, here are some facts. Facebook is still the cheapest social media advertising platform. The only platform that’s cheaper than Facebook is Twitter. But they are poles apart in terms of reach, demographics and popularity. For starters, Facebook has over 2 billion users in comparison to Twitter’s 500 million. Besides, Twitter can mainly be used to share informative bits of text. Facebook on the other hand has transformed into this powerful marketing portal with specialised tools.

Now, let’s start with some statistics that will shine a light on the average advertising costs on Facebook. We’ll also speak about the factors that affect the cost.

There are different reports by leading marketing agencies released in early 2022. These use different ad sets to determine the average CPC (which stands for cost-per-click!) on Facebook. Ad Espresso released its benchmark report. According to their data, the average CPC on Facebook was £0.35. That’s across industries mind you. Similarly, the highest CPC was £0.37 in the month of August.

Emplify released its report on average advertising costs across the globe. Not surprisingly, North America is the most expensive marketplace. The average CPC in North America is £0.52. In comparison, Europe’s average CPC ranges from a low of £0.008 to £0.50 for key markets.

This is where things get interesting. Revealbot, a leading Facebook ads expert, published a report on average CPC during the period of March 2021. The results showed that the most expensive ad campaigns in terms produced an average CPC of £1.85. That’s a brand awareness campaign in case you’re wondering. In comparison, lead generation campaigns had a cheaper CPC of £1.39. Traffic campaigns were the cheapest at £0.34.

Are Facebook ads getting expensive – Depends on different factors

The data we’ve shared above is just a fraction of the different costs. There are averages for CPA and CPM too. The question is, are Facebook ads getting more expensive? Well, it depends. If you compare the advertising costs with Google ads or Linkedin ads, you’d find that Facebook is still cheaper.

Besides, the first thing that you should know is that Facebook advertising costs are dynamic. There are several factors that affect the cost of your ad campaigns. Some of these can be tweaked to lower your costs by a fair bit. Here are the most important ones:

What is the goal of the campaign? Are you looking to run a top-of-the-funnel campaign or a bottom-of-the-funnel one (sales)? The former is cheaper than the latter. Why, you might wonder?

Because you have to pay more to get leads that are ready to buy.

If you want people to buy your product, you’ll have to show them ads that are relevant to their needs. That’s not cheap. In comparison, a brand awareness campaign can be cheap as it doesn’t focus on targeting a specific customer need. Always remember. It’s easier to get a random person to click on an ad. But it’s not easy, or cheap to get someone to buy something.

The size of your audience

Adding to where we left off, the campaign goal will also determine audience size. Top-of-the-funnel campaigns generally have a larger audience. The reason is that you’re targeting people based on interests and demographics. These are broad terms that have a large number of people under them.

The narrower the audience, the more challenging and expensive it becomes to reach them.

Facebook ads are controlled by an AI-based system. It’s constantly learning how your target audience interacts with your ad. If you’re setting up and running ads for the first time, there’s something called the ‘learning phase‘. This is the period when the Facebook algorithm is trying to understand your target audience.

To do this, it will show your ad to different people in your target audience. Based on their interactions (like clicks, comments, shares, etc.), it will start understanding who’s most likely to convert.

If your ad budget is too low, Facebook’s algorithm will take much longer to exit the learning phase. That’s because it does not have sufficient data to make accurate predictions about your target audience.

As such, the cost of your Facebook ads will be higher in the beginning. But as Facebook’s algorithm gets to know you and your offer better, the costs for clicks and conversions will go down.

We have seen Ad agencies struggle to understand how bidding strategy affects ad costs. Facebook bidding works by showing your ads to people who are most likely to convert at the lowest possible cost.

But it allows you complete control over how much you are willing to spend for an ad. There are different bidding strategies that you can use.

This is the default bid strategy in new campaigns. In this bidding strategy, you tell Facebook to try and get your ads as many clicks as possible at the lowest cost per click. Facebook does not consider your ROI in this.

In this bid strategy, Facebook will try and get you the most conversions at the highest value. Let’s say you are selling a product that is worth £100. Facebook will automatically optimise the bid amount for you so that your campaign delivers the most value.

What’s the maximum amount you are willing to pay for a conversion? Facebook uses this as an average to dynamically alter bids. The goal is to get you the most value without exceeding your total cost cap.

This is generally the best bidding strategy for e-commerce. It is calculated by dividing the purchase value by the ad spend. Let’s say you are looking for a ROAS of 3x. Facebook will only start showing your ads when it can find people who are 3 times more likely to convert. But, minimum ROAS may not be available by default. It takes a fair bit of data for the algorithm to determine the best suitable bidding strategy.

You can also set your own bids for every ad. But, this is not generally recommended. The reason is that it takes away the automation that Facebook offers. You might end up overspending on ads that are not converting or underperforming.

At Rockstar Marketing, we understand bidding strategy like the back of our hands. We use a combination of all these strategies to get you the best results.

The CTR can help reduce costs

A lot of businesses do not know that click-through rates and CPC goes hand in hand. If your CTR is low, it indicates poor quality. The algorithm will increase your CPC.

As such, you need to focus on improving the CTR of each one of your ads. This in turn will help reduce costs for Facebook ads. A CTR of 2% will bring down your cost per click (CPC).

Ad costs are highly seasonal. Generally, advertising rates start to increase in October and stay high until the end of December.

This is because there are more people buying gifts for Christmas. As such, there is more demand for advertising space. The law of supply and demand comes into play here.

To combat this, we recommend our clients in the eCommerce space start their ad campaigns early. This gives us ample time to gather data and optimise the campaign in time for Christmas.

How we can help lower costs

Lowering advertising costs on Facebook requires an astute understanding of all these factors. We design campaigns that are a mix of lower funnel and top of funnel objectives.

This helps us not only build awareness but also target people who are likely to convert.

Are Facebook ads getting more expensive? Maybe for some campaign objectives and markets. But overall, it remains a very lucrative ad platform. At Rockstar Marketing, we have years of experience in crafting effective ad campaigns that deliver results. We’ll work with you on a customised bidding strategy to help reduce your Facebook ad costs.

So, if you’re looking to get more value from your Facebook ads, speak to us now.

They generally are. LinkedIn’s average CPC in 2021 was £4.46 across industries. That may be slightly lower for certain types of ads and campaign goals. But on average, LinkedIn is much more expensive than Facebook.

How can I keep my Facebook ad costs under control?

There are a few things you can do to reduce your Facebook ad costs. These include focusing on improving the click-through rate (CTR) of your ads, learning bidding strategy, as well as learning to target your audience. However, the easiest way is to hire a specialised Facebook marketing agency so that there’s no trial and error.

What are some effective ways to target my audience on Facebook?

There are a plethora of targeting options available on Facebook. One of the most popular ways is to use lookalike audiences, which allows you to find people who have similar interests and demographics as existing customers or leads. You can also use demographic or interest-based targeting and more. Again, working with an agency takes out the guesswork.

We use cookies to ensure that we give you the best experience on our website. If you continue to use this site we will assume that you are happy with it.OkPrivacy policy